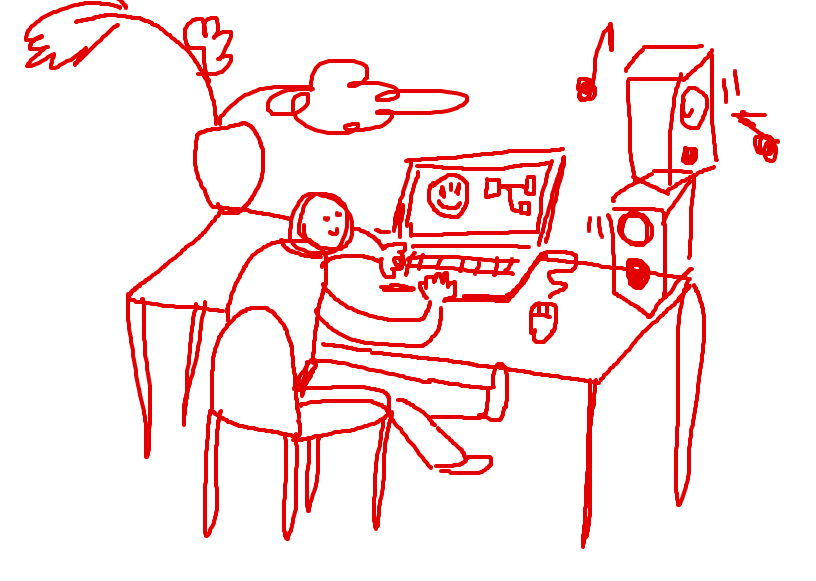 I'm trying to create my fictional world while working so I'm surfing arena and collecting pictures. Also I drew some diagrams about my world as well
Pro-duck designer 2 months ago 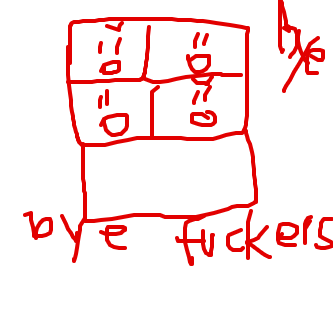 We need to mention the 'best of' every end of the day in the team checkout. its toxic positivity thats why I said my 'best of' is that the meeting is over now. At least I was being honest, unlike the rest.
Design Consultant 8 months ago 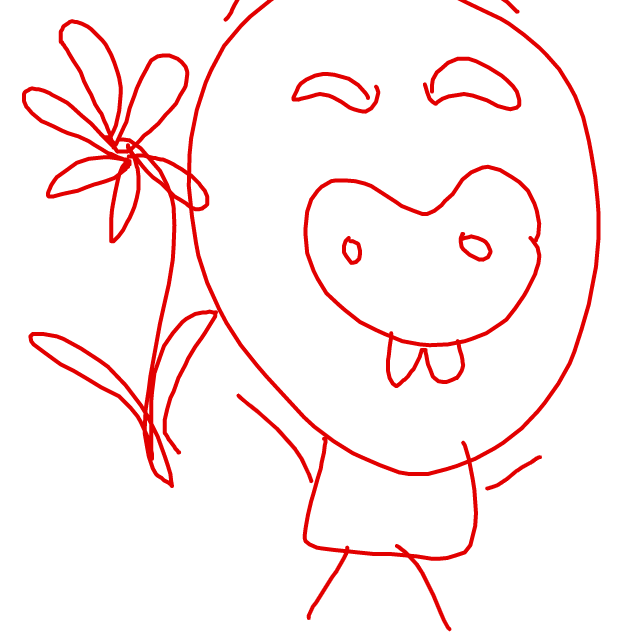 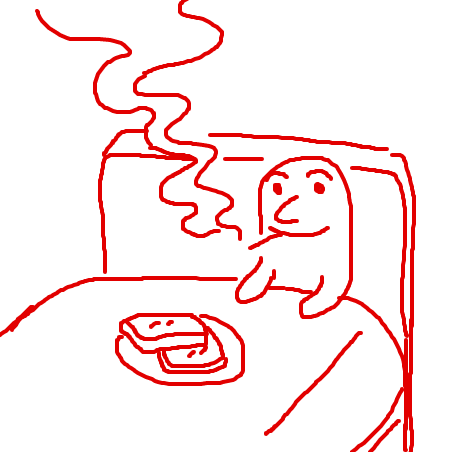 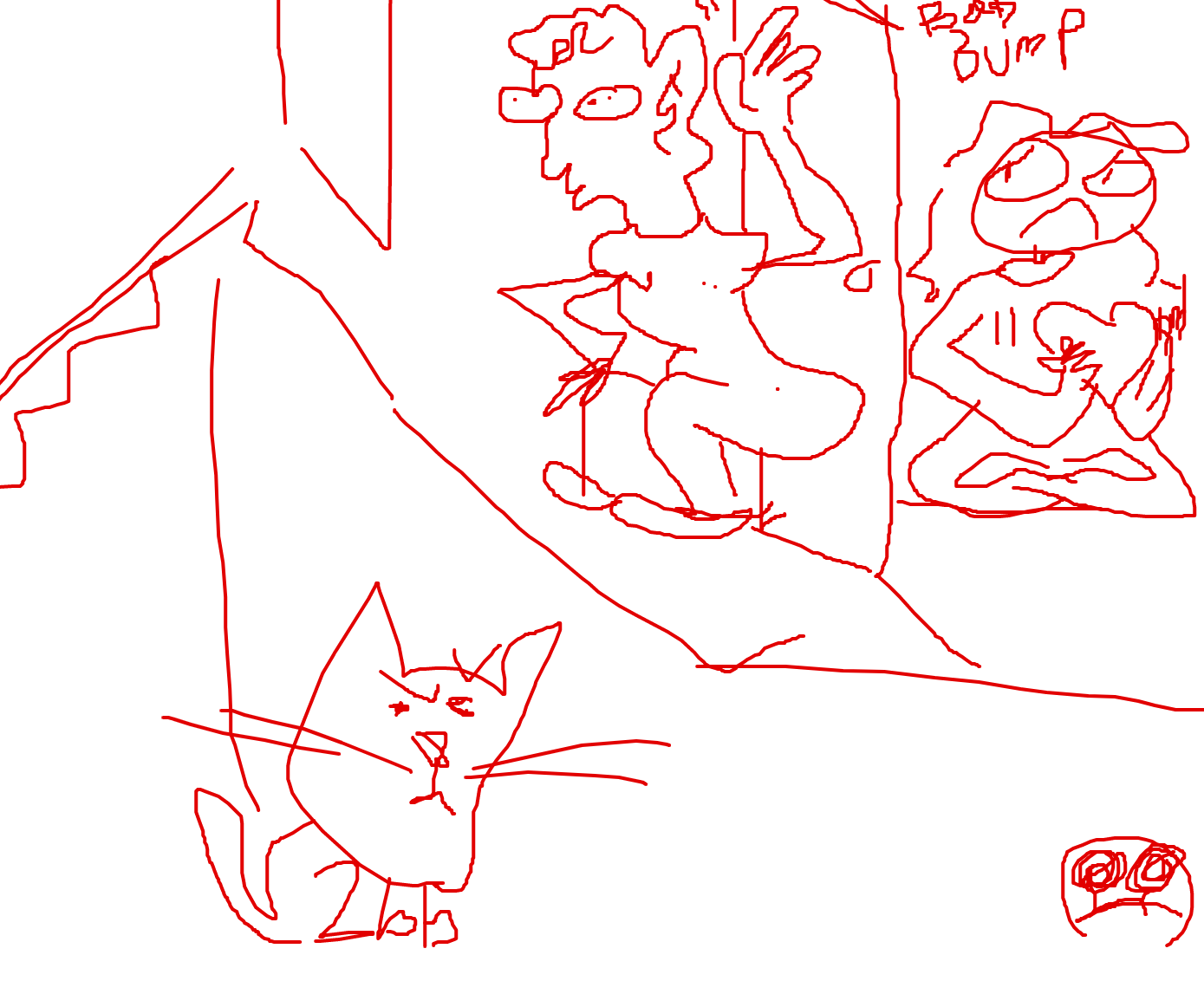 My friend and I realized today that we are stealing personalities from each other but we can't tell who originated what. When will it end? What will he steal next? My unique pattern of heartbeats?
Friend 12 months ago 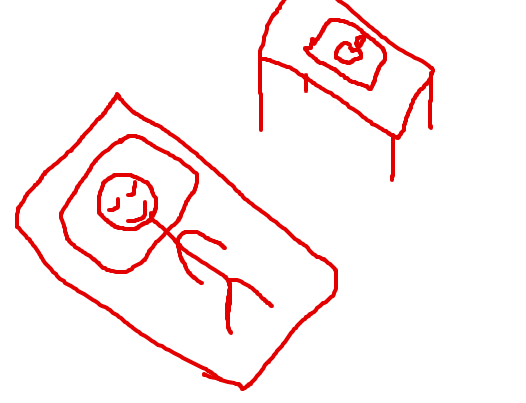 My only job is to make phone calls and I haven't been doing shit because I prefer to do nothing.
Salesperson 1 year ago 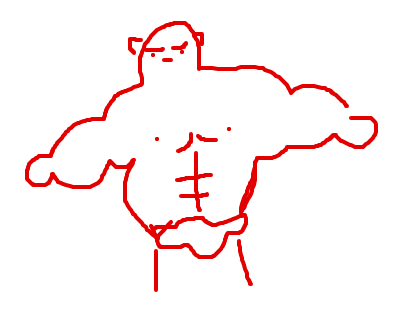 I am the rock dwayne johnson sometimes its hard to be this immaculate :(
WWE Wrestler 1 year ago 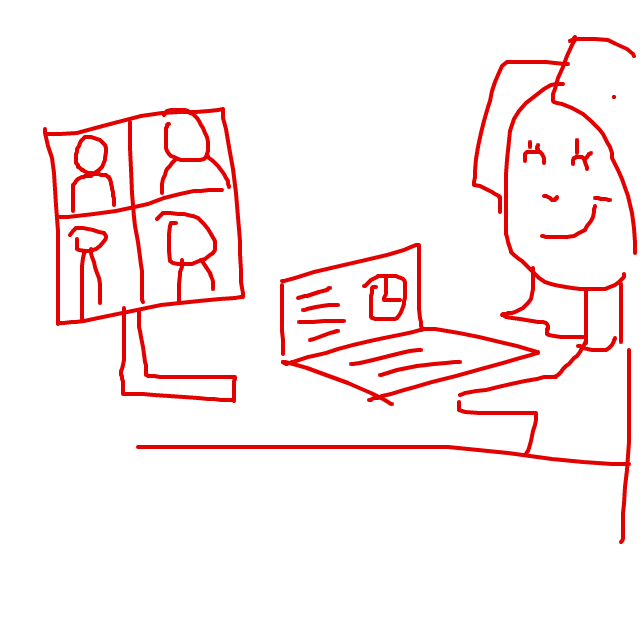 Since I have a two screens now at my home office - I can be on a meeting on one, but on the second one I am doing more important stuff or other tasks ;) Feel goooooood about it ;)
Designer - a creative one ;) 2 years ago 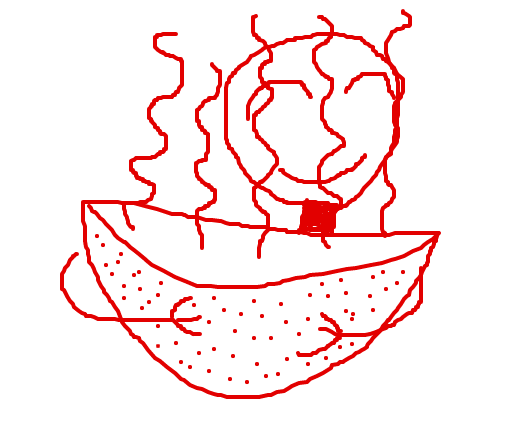 Eating a lot at work. "Forbidden For Employees Food" as well.
Falafel Fryer 2 years ago 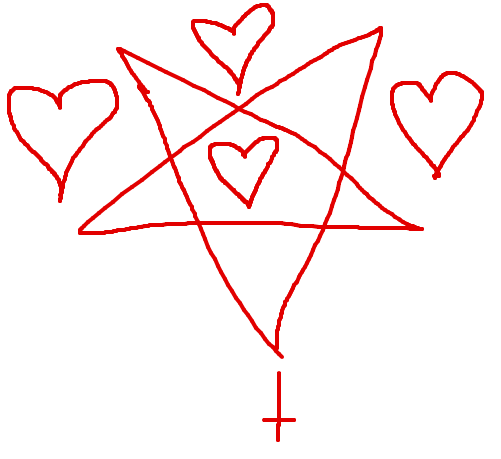 Doing fat lines while on mute, cooking, going to boxing, riding my bike around the lake, hitting up the liquor store, riding my motorcycle (got my license back on the company dime too, lord bless the DMV).
Project Manager 2 years ago 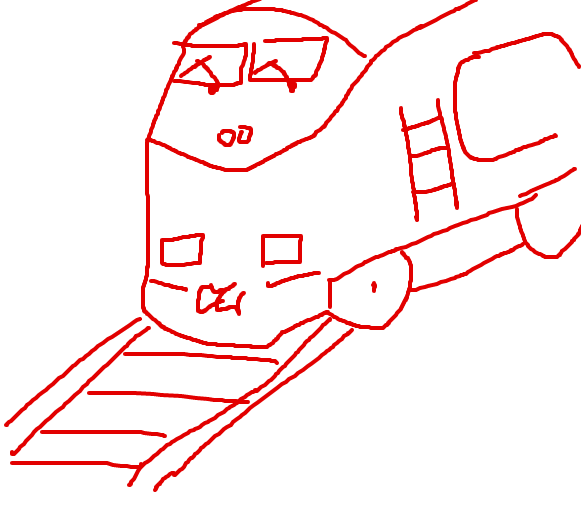 Wistfully zooming around in google maps imagining a world in which all of the disused railway lines around me are converted into public transit.
Web Developer 2 years ago
I've lost all interest in my formerly dream job, so I'm doing the minimum necessary to make it seem like I give the slightest fuck until I can afford to be unemployed for a few months
Engineer 2 years ago
Iâ€™ve been getting extremely baked and then losing blitz chess for 30% of working hours over the last month and a half.
data scienctist 2 years ago 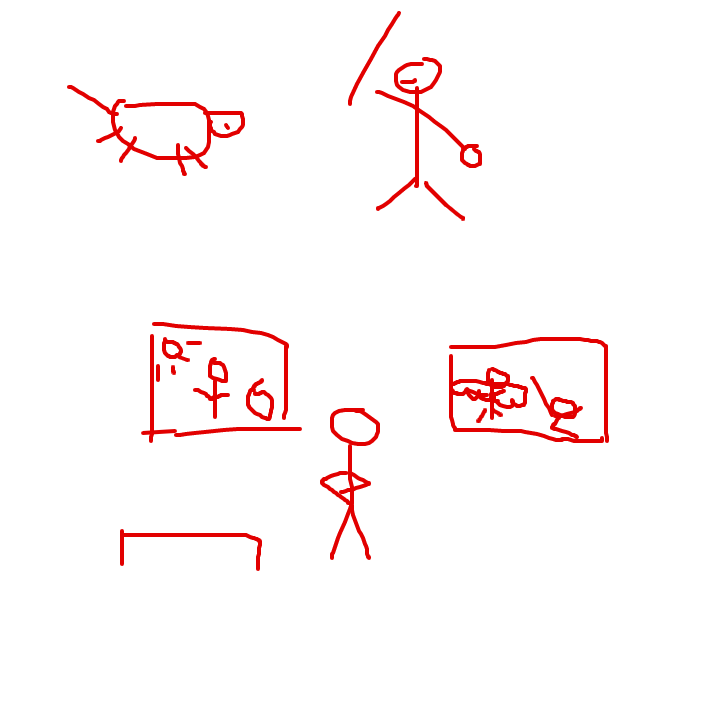 Sometimes, my job is so chaotic that nobody notices if you do almost nothing for a day or two, as long as you show up to daily meetings. One time, I read a whole book about dog training even though I don't own a dog. I spent an hour yesterday going through an online museum.
Software Developer 2 years ago 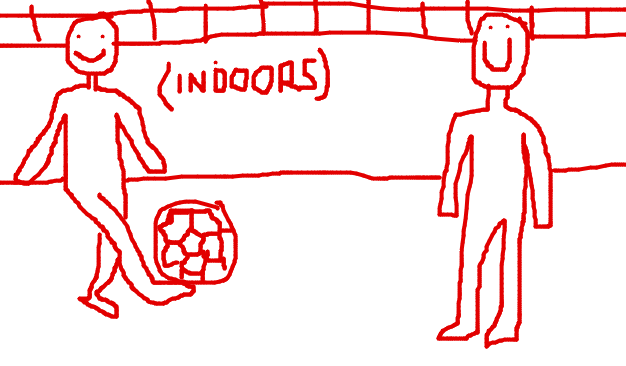 Our office is located inside an abandoned warehouse and we play football during (but not limited to) lunch breaks.
Developer 2 years ago 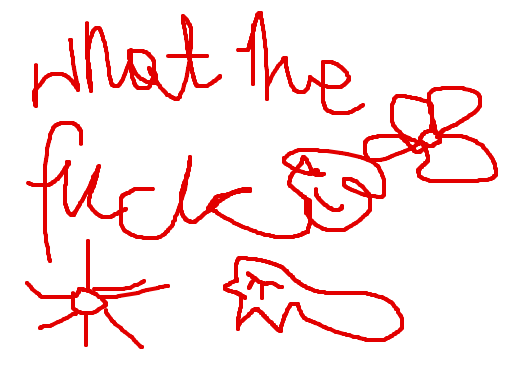 At yesterday's meeting, very long and pointless, I pretended that I was taking notes, when in fact I was doodling WHAT THE FUCK AM I DOING HERE. Yeah, two hours of unnecessary bullshit that they could write in one email.
Social Media Manager (very sad one) 2 years ago 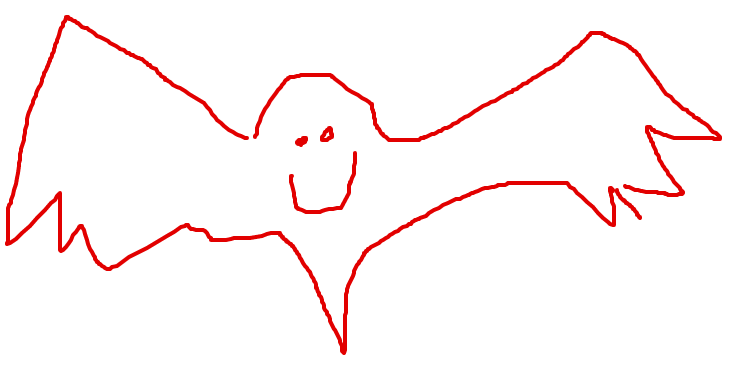 I didn't answer the phone from the client, I wrote a text message that I would call back later because I have a meeting. In fact, I was watching the last episode of Batwoman on HBO.
Freelance Designer 2 years ago 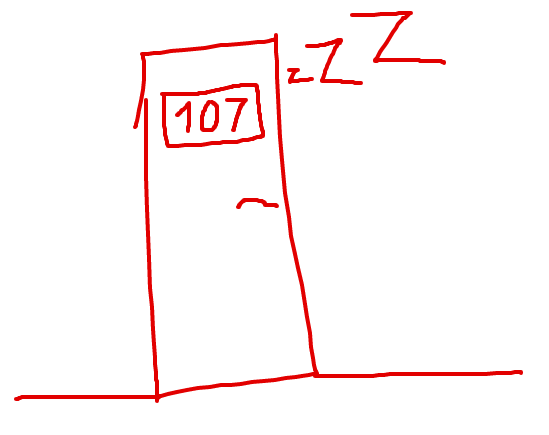 In my previous job, I was booking the meeting room for having a nap after lunch. Worked well every time.
Project Manager 2 years ago
Sometimes I sit down on my sofa for lunch and I don't get up again till dinner.
Freelancer 2 years ago
Often I would switch my phone to silent mode (so that no one among my workmates, and especially my boss, realises that it's ringing) and intentionally not answer the incoming calls from French speaking customers, and then call them back in a suitable moment. There were two main reasons why I would do this: first, nobody at the office knew French. People tend to fear the opposite: that the others listen to what you're saying and judge it - so it may sound silly but I felt rather guilty and embarrassed that they couldn't understand a thing! The second reason seems less paranoid: I procrastinated in some way to feel "readier" for the call, plus wanted to be considered as someone who is always busy but, at the same time, who always calls back :D
Account manager 2 years ago
During endless zoom meetings, I draw for hours, and nod every now and then. I find it very relaxing.
Graduate Designer 2 years ago 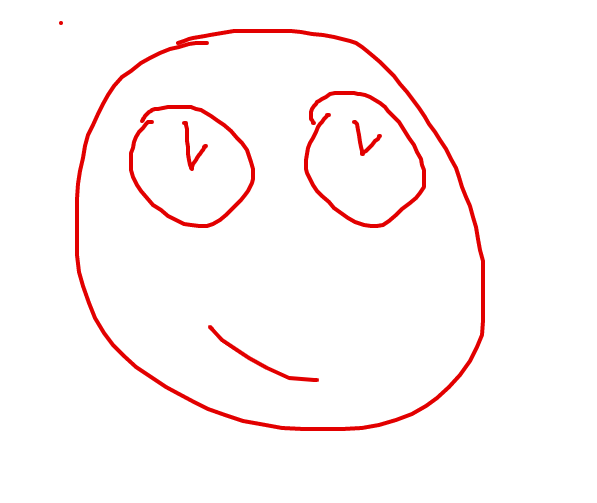 When there is a meeting that I don't want to attend, I'm 5-10 minutes late and say the previous meeting was longer than expected. There was no prior meeting.
Designer 2 years ago
I was working for a freelance graphic designer at her place. When she'd left for her yoga classes, I would sometimes quickly go down the street and get a piece of Pão de Lo, (a portuguese cake) from my favorite pastry right on the corner.
Graphic Designer 2 years ago 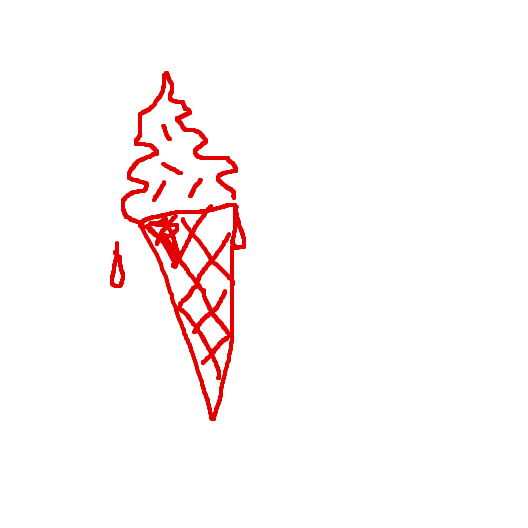 In my last job I was paid by the hour. Sometimes I would go to the ice cream machine on the groundfloor and took exactly as long it would need to get the ice cream for 'free'.
Blended Learning Specialist 2 years ago
Go out to smoke a cigarette every 2 hours / Spend 2 hours per day on Vinted instead of working and actually buying things / send memes to my coworkers to make them laugh and procrastinating with me
Community manager assistant 2 years ago
While i work from home my goal is to make This day just like a sunday. I Wake up 10 minutes earlier and while i open my laptop i prepare a big breakfast, and answer one or two emails before preparing myslef. I work but mixing personal and profesional like makes me feel that im not wasting my time. It’s what im about to do ! Bye !
Assistant communication 2 years ago
It's a co-worker friend's story, who while muted on Zoom often pretends to be yawning (with their hand covering their mouth) but actually screams loudly behind their hand :) I can very much relate to that. And very tempted to try this on meetings.
Designer 2 years ago
Watching Netflix
Bar tender 2 years ago 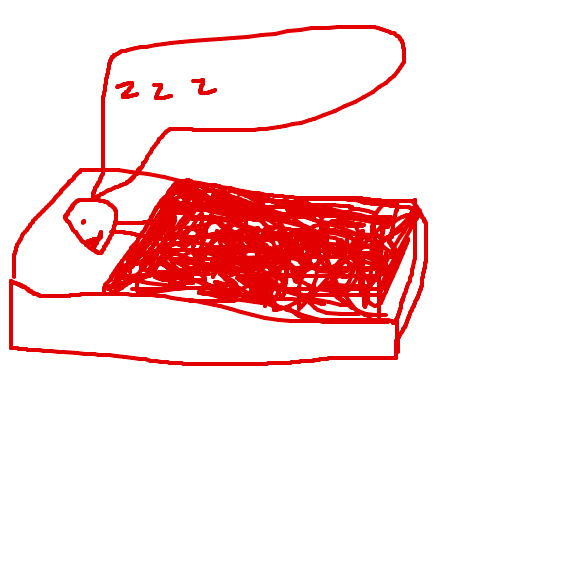 sleeping during work
SEO Specialist 2 years ago
Print some off my personnal documents
Graphic designer 2 years ago
I made myself busy with logistics and going to the post office (all work related) just to get away from having to work on my laptop. Online collaboration (Zoom and Miro) are often really challenging and I fell that I end up being less productive at the end of the day. I need to use these small “tricks” just to get some fresh air - and I infect do better work afterwards
Design Researcher 2 years ago
After a very long day on Zoom I felt that my brain was not working and it just felt physically painful to sit there and listen. My eyes, my brain my ears (from that zoom sound) hurt. I faked bad connection and went for an hour walk in the park. It helped me to push through that day - obviously I was working overtime , but getting fresh air was just really to help survive.
Designer 2 years ago
Saying that I have bad internet connection so that I can turn off Zoom camera (when I am already completely brain dead after the 3rd Zoom in a row) and do some cooking while listening to a very long meeting. This actually turned out to be more focused and productive because I could move my body and think in the same time.
Designer 2 years ago
Avoiding silly small talks in the kitchen, messing up with Time tracking app, going to Żabka 5 times a day just to buy some random snack whenever I'm fed up with my work colleagues
Junior Project Manager 2 years ago
Every week, I am given a list of products on Google sheets for which I’m paid to write short press releases. I am paid a small amount for each ‘blurb’ I write, which usually amounts to £200-£300 a month. Every so often, more money than I am owed will appear in my account. The last time this happened, I received close to an extra £100 on top of my usual amount. When this happens, I simply say nothing and keep it.
Freelance Copywriter 2 years ago 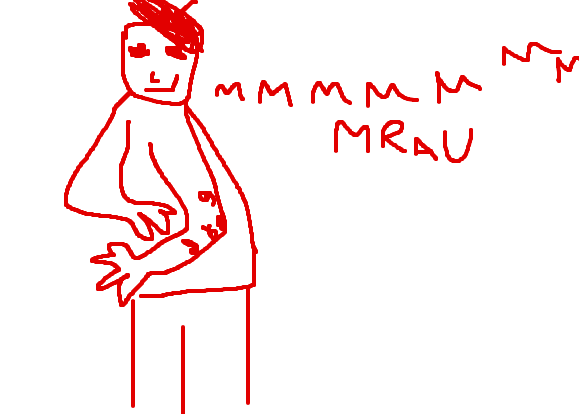 Picking crusts of my psoriasis coated elbows and inspecting the flakes.
Artist 2 years ago 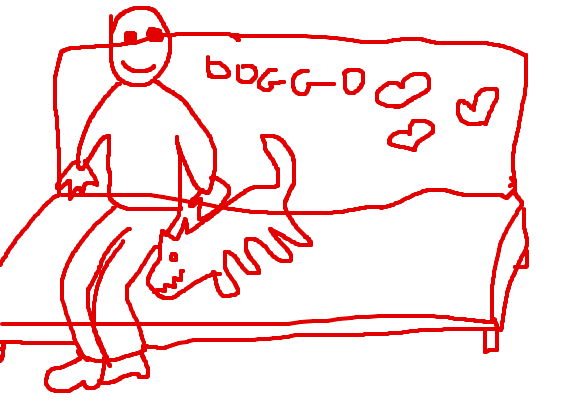 Taking unnecessarily long breaks, especially for petting my dog.
Owner of the Agency 2 years ago 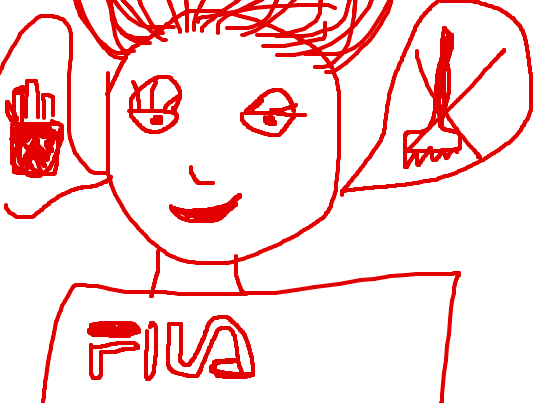 Not doing some of the manual labour asked of me. Ie. sweeping/cleaning poorly.
Child Care Worker 2 years ago 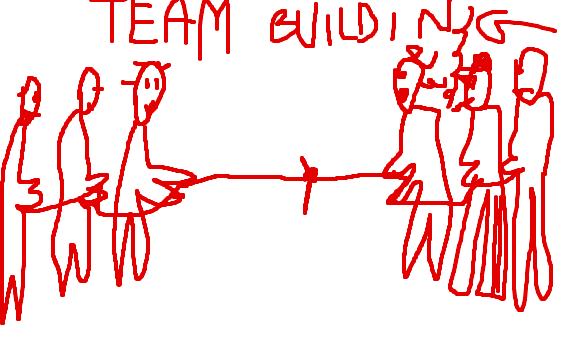